Batterie Moltke was the only battery which was built to fortress standards. It was the intention to place modern naval 15 cm SK C/28 guns but they never arrived and the new emplacements were never used. The main armament throughout the war were 4 15.5 cm K418 (f) guns. Each 15 cm SK C/28 emplacement had one 512 ammunition shelter and one M 151 crew bunker (Except for the first emplacement which had an extra 512) connected to each other via subterranean passages. The fire control post should probably have been a M 132 but only the hole were it would have been built was excavated. The first emplacement and bunkers have been restored by the CIOS and are open to public in summer. 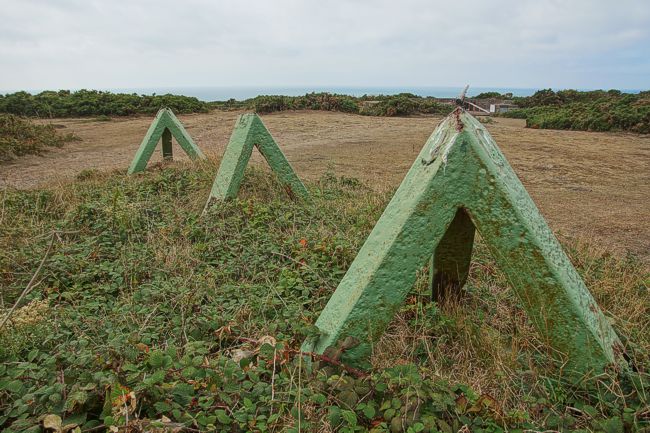