Cachalière Pier and Le Rond But

The Cachalière Pier was an attempt to open a harbour on the southern coast of Alderney. However the rockey coast and the rough sea made this very hard and the building of the pier stopped in the late thirties. The Germans demolished the biggest part of the pier just in case of any commando raids. The resistance nest became equipped with a 10.5 cm gun, a tankturret and several Mgs. Le Rond But lies more inland between Cachalière and St Anne. The naval Artillery Commander's bunker was built here together with a Freya radar. The latter was protected by a round concrete wall. Nothing remains of the two 20 mm Flakbatteries that were positioned here. 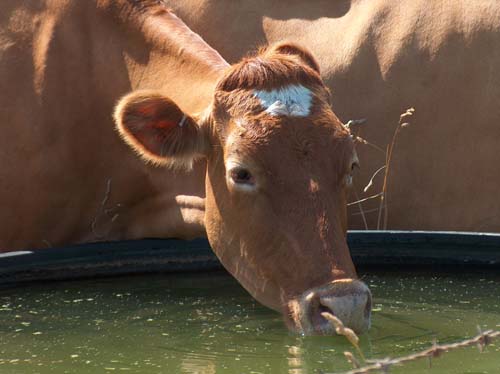 One of the current occupants of Le Rond But.