The area of Giffoine lies near the high rocky cliffs of Alderney's westcoast. Most of the coastline here was defended by minefields and barbedwire. The substantial Batterie Annes can be found here. North of this battery lie a heavy and light Flakbattery, Peil and Felsenbucht. East of Giffoine lies Rose Farm which was designated Stp Rosenhof in the war. Several Tobruks survive as do some storage bunkers and the Vf hospital bunker which is of the same design as the hospitalbunker of Wn Graue Häuser. We have not visited Stp Rosenhof. 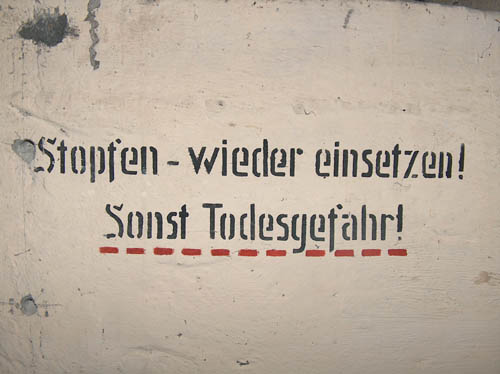 Text inside a M 151 of Batterie Annes