The south coast of Alderney was not heavily defended. The rocky coast was a barrier itself and a lot of barbed wire and mine fields were placed here. The small Widerstandnester and Flakbatterien can still be traced, even though there were not any substantial bunkers. Wn Süd is in a nice condition with a lot of small shelters, trenches and weapon positions. The bunker for Dezimetergerät (radar) is an interesting rare bunker. 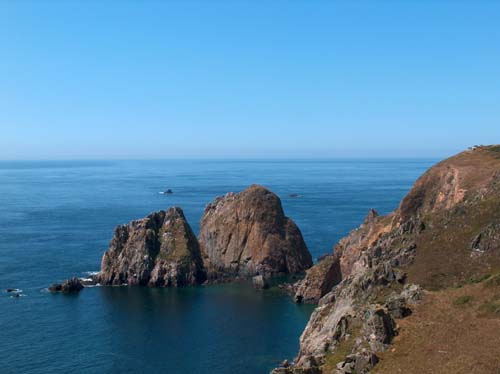