The Victorian Fort Corblets was also used by the Germans. It got the name Strandfeste and was just lightly armed. All the positions on the fort were demolished after the war the fort was converted to a private home. A luxuary penthouse on top can be rented in the summermonths now. Remains are a small shelter, the Vf Pak casemate and a Tobruk near the entrance of the fort. Corblets Bay was not directly heavily defended. However, the 8.8 cm Flak battery at Mannez Garenne and the M19 mortar of the 633 of Stp Steinbruch could cover the whole north-western coastline of the island. 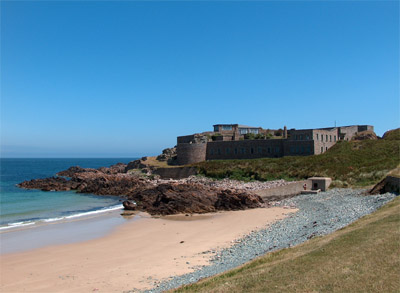 The sandy beach of Corblets Bay with the fort. 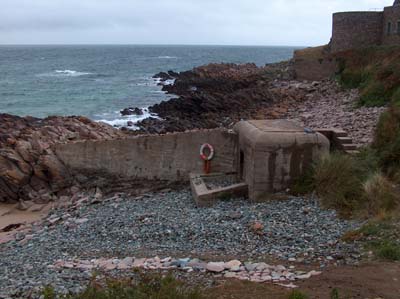 This 4.7 cm casemate is the smallest on the island with an open back.