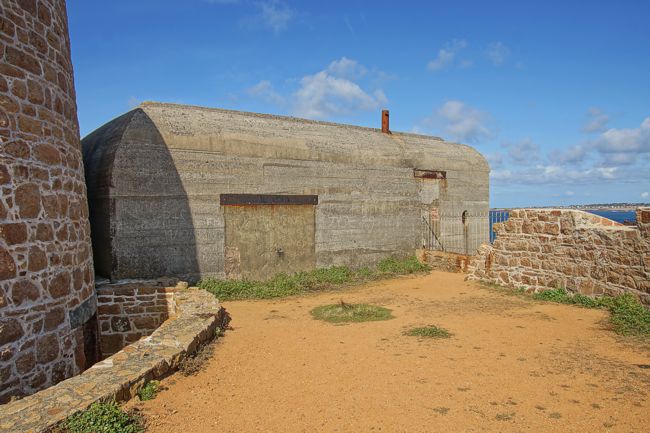 View from the 60cm searchlight emplacement to the first garage. A 150 cm searchlight for the heavy battery Mirus was emplaced on top of the fort. 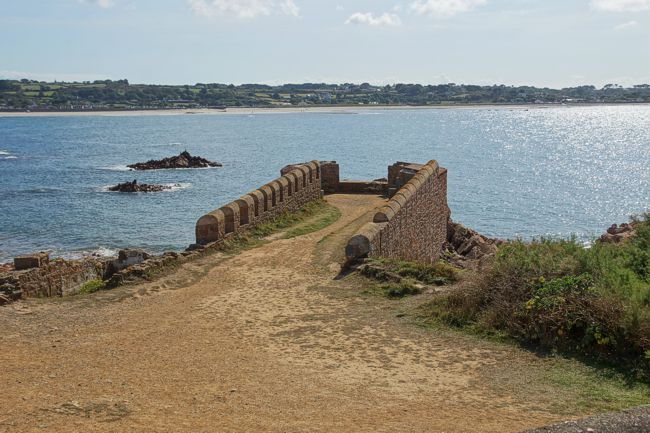 One of the places for the searchlight during the night. 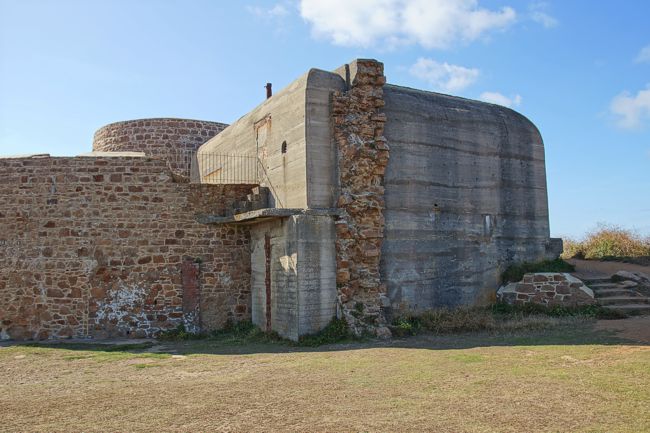 It looks quite vulnerable but there used to be Victorian barracks surrounding the old 1804 fort and tower. These were unfortunately demolished in the fifties. 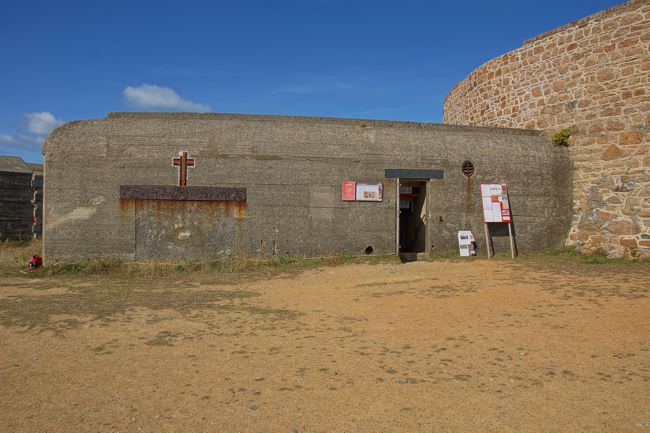 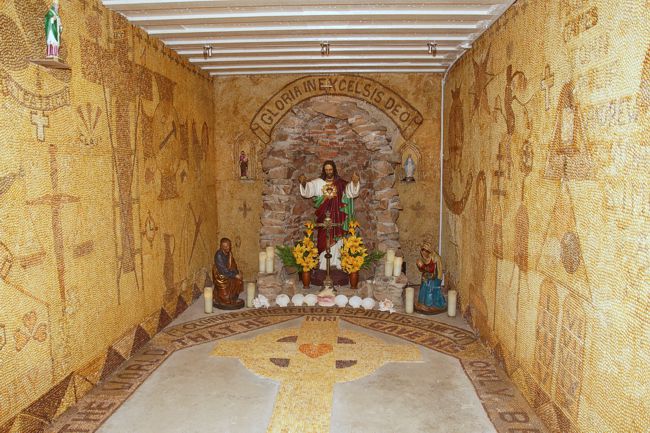 In the late 60s Hubert Le Galloudec opened his shrine to the public. It is made out of thousands of shells. In 1971 it was closed after it had been vandalised but this year it was re-opened again after a restauration. 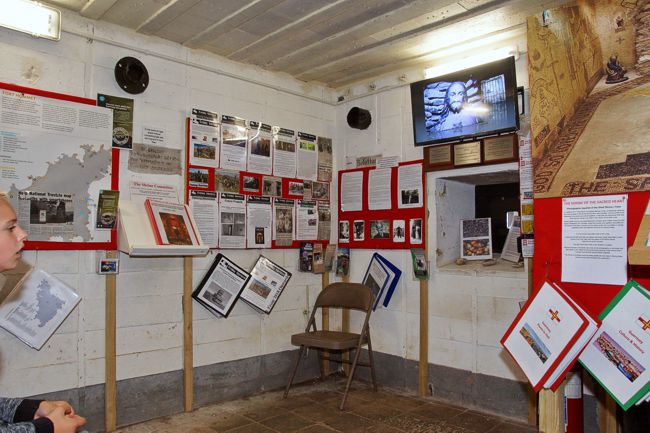 Lots of information about the culture of the island.