Of all the German fortifications in Jersey, the most prominent and impressive are the three large naval artillery direction and range-finding towers (Marine Peilstände und Messstellen). Nine were planned but only three were completed, at Noirmont Point (MP 1), La Corbière (MP 2), and at Les Landes, St. Ouen, (MP 3). All three survive, whilst the basement of a fourth (MP 9) under construction is buried in the garden of the property known as "Lesadrieux" in La Rue de la Hougette, St. Clement.

Although only built to reinforeed field standards and therefore not included in the Building Progress Reports, it would be opportune to mention here the split-level observation posts of the Army coastal artillery as they are both numerous and prominent.

Whilst all the coastal batteries had observers stationed in the buildings mentioned above, some had, in addition, their own battery observation posts which were usually reinforced field type constructions with two or three rooms, one of which would be the observation room.

We start the Jersey tour with the tankwall (7) west of St Helier and follow the coast clockwise. 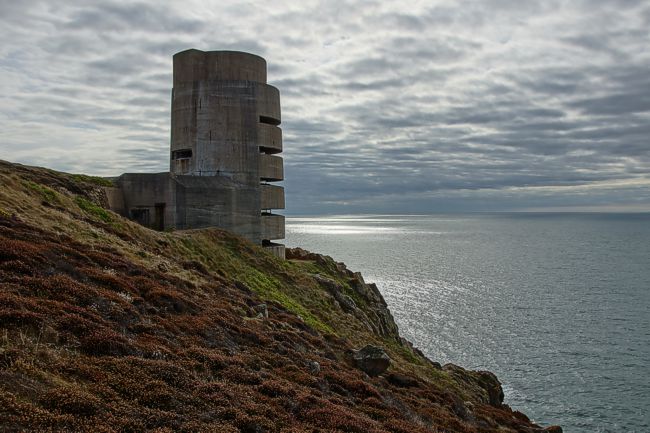