This hill (Die 10) covers the southern approach to the harbour. It is a vast area, which we explored by coming from three sides. The 632 far south we approached from the villaparc along the D 925, parking in "Rue du 74e Infanterie". Take the dead-end-lane down and follow the muddy footpath to the right. For the south-western part, park at the small cemetery of "Petit Appeville". In the north you can enter the meadows from the D75 which follows the coast.

The Album Mémorial written by Alain Chazette has a plan of the site. We added these numbers. (Ch ..)

We had a fine conversation with the present owner. He told that his father has sold all armoured plates (minus 1) to a scrap dealer. The owner does not mind you walking over the hill, because most visitors are more afraid of the young bulls, than the other way around. And, so he said, running bulls produce good meat for the "Buffalo Grill" restaurants! 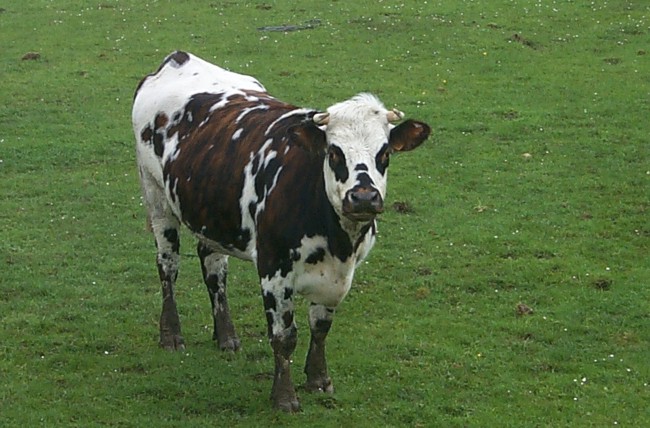