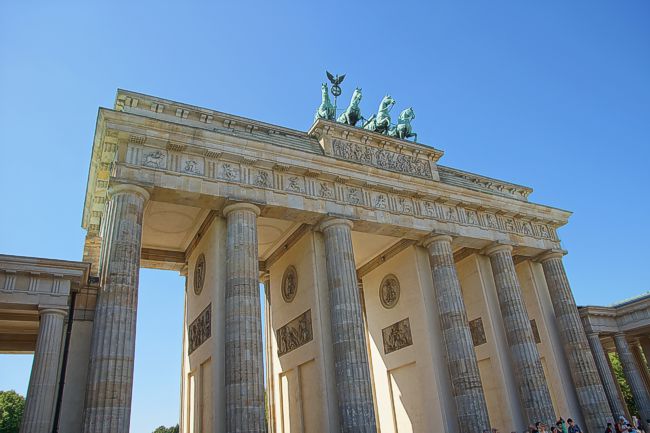 The Brandenburger Tor was a symbol during the nazi regime. A huge swastika stood on top. After the war it stipulated the separation of west and east Germany. Since November 9th 1989 it's a token for the reunification of Germany.

On top stands the quadriga, a chariot with two wheels. It's a replica of the original statue that was stolen by Napoleon in 1806, but recaptured by a German marshal after the downfall of the French emperor. The original was destroyed in WW-II.