As far as we know, three Widerstandsnester were positioned along the southern bank of the Aber Benoit river. This Regelbau 502 lies directly along the D 13 road from Bourg-Blanc to Lannilis, near a farm called Tariec. 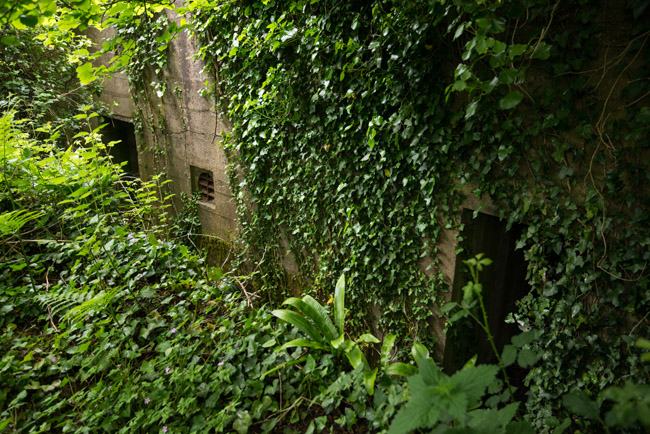 It's a special one and probably served as company headquarters. There's a passage in front of the bunker which keeps the entrances approachable. 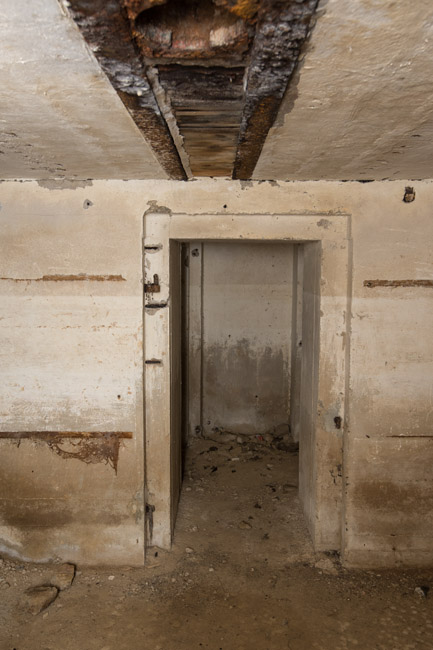 It's built late in the war, when supplies were low. The roof is made out of prefab concrete Hoyerbalken. Only wooden doors instead of armoured ones were placed and no armoured plates for the entrance defence were delivered. There is a periscope tube in both rooms which is unusual too. 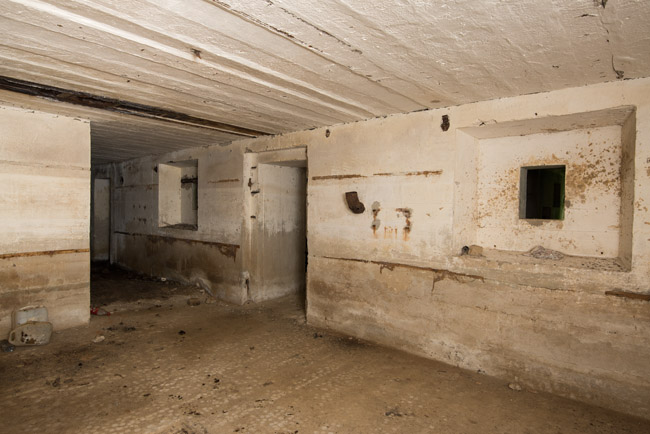 It's not really clear where the VW filter was near the ventilator. 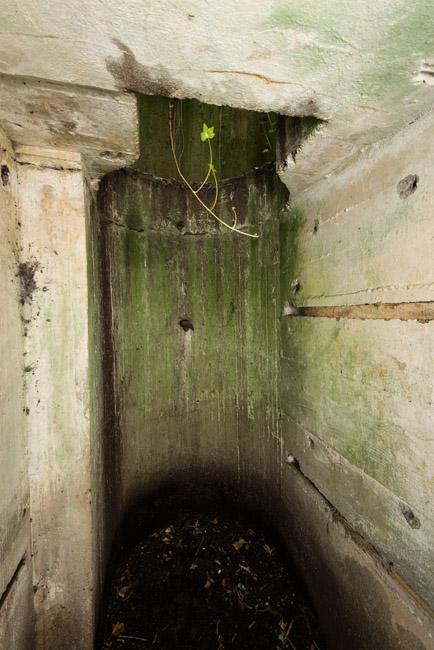 And then there's the room for observation. A big hole in the roof shows there were plans to incorporate a 90P9 observation turret. 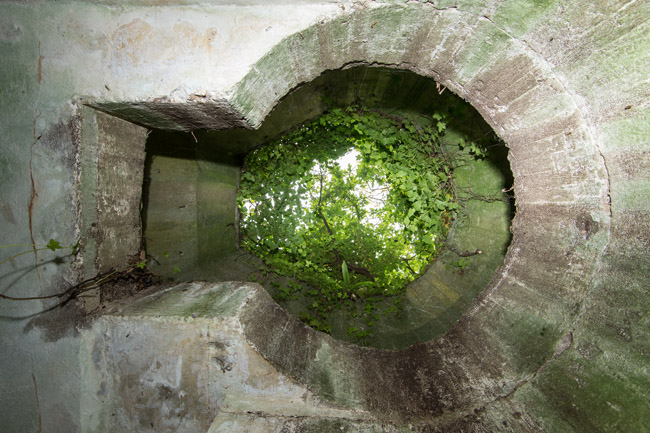 The Germans call it nachträglicher Einbau. The turret would be fitted later, when it was available from the depot. 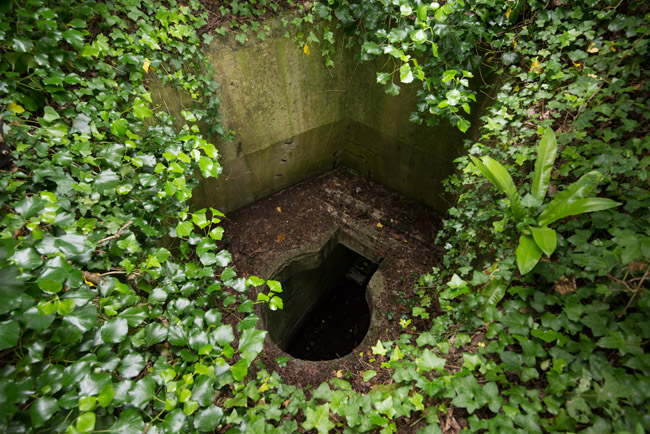 It's an impressive and pretty rare sight.